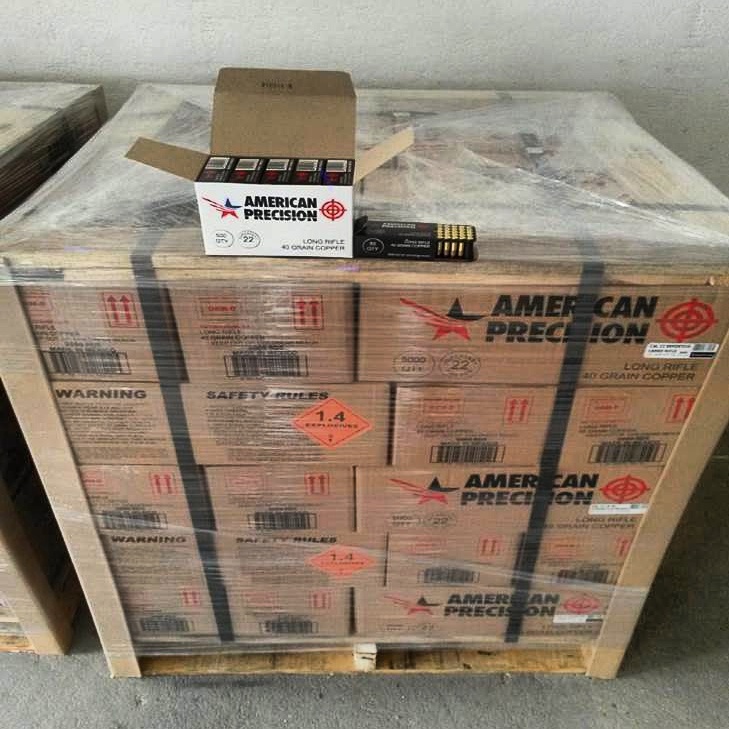 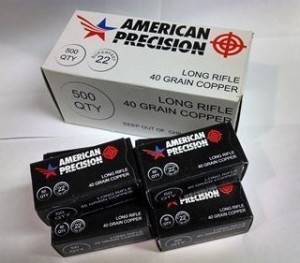 Recently we have received several inquiries regarding our new rimfire series .22LR ammunition. Most want details on it’s quality, it’s price with several asking if we will ever produce an inexpensive “PLINKER” round. In an effort to clarify the quality of the round we would like to explain the characteristics that, in our opinion and standards, define a “MATCH” series ammunition specifically as it pertains to .22LR.

As you would expect, the production requires significantly higher quality components with much more exacting tolerances achieved in part through slower operating speeds. This is consistent through all of the phases of the ammunition manufacturing process. I.E. Case extrusion, projectile manufacturing, rimfire priming, drying, propellant metering, final assembly and even the packaging.

Next the true “MATCH SERIES” are a lead projectile with a wax lubricant and always subsonic. The reason for the lead/wax is for consistent rifling spin achieved out of high end F type rifles and no possibility of copper fouling the barrels in these ultra high end match rifles such as S&S Precision in north Texas manufacture. This projectile type is extremely sensitive to rough handling and easily damaged. It cannot even be loose packaged, it must be packaged in plastic trays that suspend the projectile in the box so nothing can touch it ever. If they are dropped while loading even from table height to the floor they can be ruined. 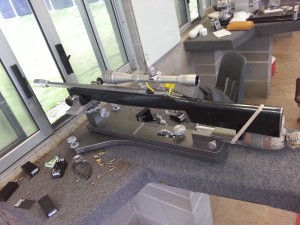 S&S Precision Rimfire Match 22LR Rifle manufactured by Stick in Argyle, TX.  This was the highest quality rifle I have ever seen let alone fired. Note the carbon fiber stock.

The next characteristic is the energy for a match round. The energy is significantly lower than a standard series or plinker series .22LR for many reasons but the foremost two reasons being consistency and supersonic shock wave interference. The path of the projectile being affected by the shock wave as it breaks the sound barrier and again as it decelerates back below the speed of sound both negatively affect the stability of of the projectile during its flight path. This can be compensated somewhat by an adjustable muzzle brake or with a barrel tuned for a specific supersonic speed but by remaining just below supersonic this variable is eliminated. Although incredibly accurate the negative byproduct of the subsonic .22LR is that it will not have the energy to cycle most automatic pistols or rifles or have the kinetic energy to use to hunt small game. It is strictly designed for unequalled accuracy in paper targets at 50 yards in bolt action rifles where most rimfire match competitors can place 10 rounds through the same hole with ease and hit 25 pea size bullseyes on a sheet target in 20 minutes or less rarely being off by more than a 1/2 an inch. 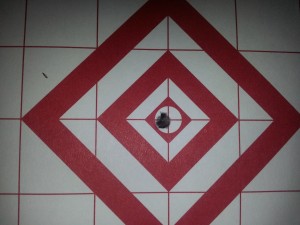 At Precision, we wanted to provide the highest quality round without being as limiting or costly as the MATCH SERIES rounds. First we wanted them to have enough energy to cycle automatic pistols and rifles so we increased the energy to the minimum we could and still cycling most (if not all) major manufacturers of pistol and rifle. By only increasing it to 120ftlbs of energy we were able to maintain a high percentage of the accuracy of the the MATCH SERIES. Since we increased the energy to be used in automatics that many family’s tend to use we decided to encase the projectile in copper so it would be in a kid friendly material. This is not only cleaner but it’s more durable. So if it’s roughly handled, stored loosely in large can’s or dropped between unpackaging and loading it will still fire true.

Lastly the cost of the MATCH ROUNDS are extremely high and just in as much shortage as regular .22LR. ELEY MATCH 1058 manufactured from machine #4 sells for in excess of .30 cents per round. We wanted to offer similar quality with a broader use and at the best possible price with a modest margin to offer to our clients and partners. The final costs associated with the materials of the lesser quality PLINKER SERIES round versus the highest quality MATCH SERIES are negligible at best but the reliability and performance discrepancy between the two are tremendous. The higher cost of materials prevents the manufacture of the “cheap” plinker round especially by a company the size of ours. Larger companies like Remington are exacerbating the problem by using their .22LR presses for the manufacture of centerfire primers and are simply not producing the lower margin .22LR.

The cost increase in production is due to many factors but they are all a symptoms of the unprecedented demand. Once the market corrects and the price of the components become more available we would like nothing more than to produce a great plinker series for .05 or .06 cents but right now this is not possible. We are doing our best to provide a high quality .22LR round at an affordable price. The quality and overall performance of this round is one of the best ever created. Me and one of my buddies have personally fired this in a rimfire match placing 5th and 3rd respectively and my 7 year old son and 11 and 13 year old daughters have fired them from the Beretta Target Semi Automatic pistol and the Colt AR style rifle chambered in .22LR without so much as a single misfeed let alone a misfire. 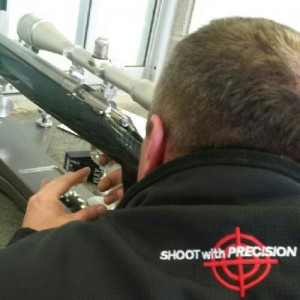 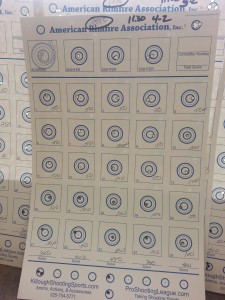 Yes it’s expensive, it is very high quality, and significantly cheaper and more practical than ELEY TARGET let alone MATCH (in our opinion the benchmark for accuracy of a round) unless you’re a match competitor this is by far the best value and even if you are it’s still an acceptable MATCH round. Most importantly this round is available now. We are producing millions per month and we only intend to increase production further reducing our costs so we can offer a high quality 22LR to as many that want it.

I hope you found this informative and appreciate you taking the time to read our update. Feel free to post a comment or email info@precisionammunition.com if you have any questions or comments.